WhatsApp users are dissatisfied with the new update of the web version of the application. Page slowdown, missing conversation history and error when sending messages are among the main complaints made on Twitter, where the application became one of the most talked about topics this Monday (04).

WhatsApp has been slowly releasing the feature that eliminates the need for a cell phone to access the web version of the messenger. The function has been tested since July of last year.

With the change, users can send and receive messages even if the cell phone is disconnected. The platform can be accessed on up to four computers and will work “independently” on each of them.

To the g1, WhatsApp said it is aware of the issues faced by users and is working on improvements.

The company also said that “maintenance of support for viewing links on WhatsApp Web, real-time location on linked devices, and better syncing of deleted chats across devices is also ongoing.”

But some features were removed as they were no longer possible with the update, “including broadcast lists, sending and receiving messages to your own number, and sticker packs synced from phone to linked device.” (See full below)

According to users, the tool has not been very functional in practice.

One of the most frequent complaints is that the page takes a long time to download the messages and, therefore, to open when connecting the profile in the web version.

Despite this step, users also say that after the page is opened, many times, the history with messages sent by cell phone previously does not appear.

“We are not interested in having web connectivity without mobile. We want our files to be accessible on WhatsApp Web in the search function,” said one user, in English, on Twitter.

Message history does not appear on the web version of WhatsApp, say users — Photo: Playback / Twitter

Users also claim that there is a delay in sending and receiving messagesand the following notification appears: “Waiting for message. This action may take a few moments”.

“O Whatsapp is implementing new features in the version of Whatsapp Web and Desktop. With this update, it will be possible to connect the Whatsapp on up to four linked devices at the same time, without requiring the phone to be online. Each of these devices will connect to the Whatsapp independently, while maintaining the same level of privacy and security that people have come to expect from the application backed by end-to-end encryption. These changes began rolling out to users in January, and will roll out to all iOS users in March and Android users in April.

User feedback has shown that there is still a way to go. O Whatsapp is aware that people are experiencing delays in safely uploading their messages to Whatsapp Web and Desktop and is already working on improvements to get the experience back to normal on all linked devices.

Maintaining support for viewing links in Whatsapp Web, real-time location on linked devices and better synchronization of deleted chats between devices is also in the works. However, some features have been retired as they are no longer possible with the update, including broadcast lists, sending and receiving messages to your own number, and sticker packs synced from phone to linked device.

Thanks to everyone who shared their impressions as we work tirelessly to improve the Whatsapp Web and the Desktop.”

WhatsApp: learn how the function to send disappearing photos and videos works 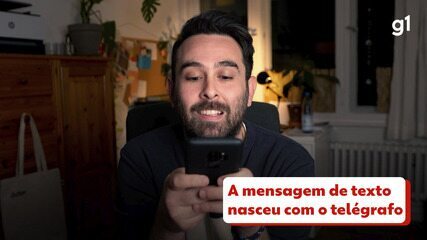 Text messaging was born with the telegraph