Distribution of seedlings of various species was part of the program at HRPMThe Regional Public Hospital of Marajó (HRPM), in the municipality of Breves, launched this Tuesday afternoon (05) the campaign “Environmental Race – Blue Guard Project”. At the opening of the campaign there was a presentation by the Sustainability Commission and presentation of regional dances, live music, video exhibition, distribution of seedlings of parsley, São Paulo grass, arugula and aranto (plant with municipal properties). Each participant left their fingerprint on a banner, representing a leaf of the tree.

The “Environmental Race” campaign will receive detailed content on environmental actions, which will address the following topics: Climate Issues, Waste Management, Environmental Education and Stimulation of Biodiversity. The actions implemented will contribute to the improvement of the hospital environment and the surrounding community.

The “Run” is a game with 65 steps on sustainable management that will be carried out until December. There will be a quarterly update on the placement of each unit within the race. According to the number of stages completed, the units will receive the corresponding seals: Gold, Silver and Bronze. 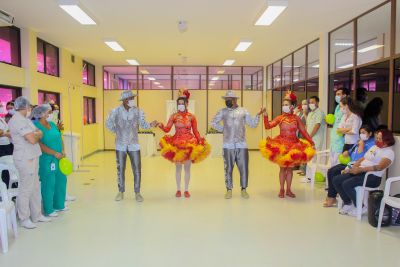 Cultural presentation at the launch of the campaign“Today we launched the ‘Corrida Ambiental’ campaign at HRPM. The Blue Guardian Project is an initiative of the National Institute for Social and Human Development (INDSH), which manages the six participating units in Pará, in partnership with the State Department of Public Health (Sespa). In the coming months, several actions will be developed by the Sustainability Commission. We declare the campaign open at HRPM, and we invite all our employees to be part of this movement in respect of life”, said the Executive Director of HRPM, Rejane Xavier. The opening was attended by the gang group “Fogo e folia” and the local band “Chris Lima e banda”.

Management and sustainability – HRPM already develops sustainable projects aimed at preserving the environment, such as Horta Hospitalar, which produces vegetables without pesticides, used to complement the meals of patients, companions and employees. The project also carries out actions of integration with the community and environmental awareness.

The HRPM Hospital Garden reuses organic waste through composting. The project won the “Friend of the Environment Award” (Pama), being among the 15 best reports presented to the Healthy Hospitals macroproject, a partner institution of Health Care Without Harm.

The hydroponic system consists of growing plants without soil, where the roots receive a balanced nutrient solution, which contains water and nutrients essential for their development. 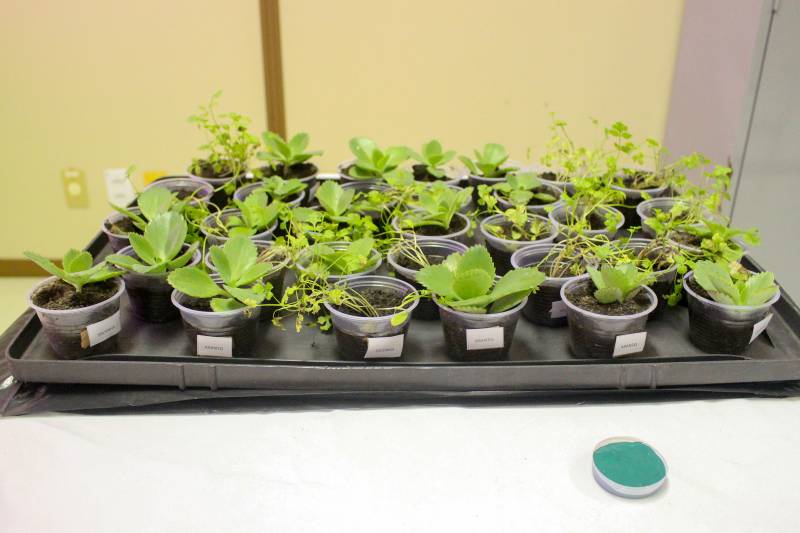 The management of the Hospital Regional do Marajó is also awarded the Gold Seal, granted by the Center for Sustainability Studies (GVces) of Fundação Getúlio Vargas, intended for companies and institutions that have inventories of greenhouse gas emissions.

The Regional Public Hospital of Marajó integrates the health network of the Government of Pará. The unit provides medium and high complexity assistance to approximately 300 thousand inhabitants of southwestern Marajoara, which comprises the municipalities of Breves, Anajás, Bagre, Curralinho, Gurupá, Melgaço and Portel. The hospital is located at Avenida Rio Branco, 1266, in the Centro district. More information: (91) 3783.2140 / 3783.2127.