Burning Man Over the Years: 7 of the Best Installations on Display at Nevada’s Annual Music and Arts Festival

After a three-year hiatus due to the pandemic, the Burning Man festival is back in the Black Rock desert, Nevada. From August 28 to September 5, the festival will welcome thousands of participants to celebrate music and art in a temporary metropolis dedicated to “community, art, self-expression and self-reliance”. To celebrate the 2022 edition, we look back at some of the best facilities built in previous editions of Burning Man. 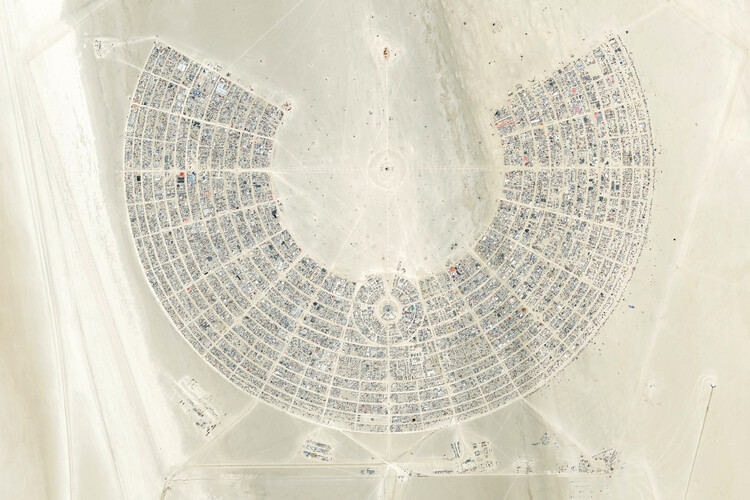 With the theme Waking Dreams, this year’s festival “will explore the transformative power of dreams, both literal and figurative, and celebrate those dreamers who channel this potent energy in revealing, sometimes transformative ways.” Similar to every year, the desert will be filled with art installations that speak to the festival’s theme.

Below is a selection of seven installations that have been featured in previous editions of Burning Man.

Moved by the study of the geometries of sacred architecture, this work was inspired by the forms of the medieval vault. Medieval architects used the arched geometry of ribs and vaulted ceilings to achieve a sense of lightness, and Arbor sought to replicate the same experience. Visitors interacted and responded to the architecture by creating their own personal rituals and ceremonies in the heart of this parametric forest.

The 1:500,000 scale sphere of our planet’s surface was designed to conceptually represent the Earth and human expression. The designers wanted the giant sphere to act as a point of reference for festival attendees. In total, the team invested 30 tons of steel, 1,000 hours of welding and sewing, and US$300,000 of its own resources to make the ORB a reality.

Designed using 3D parametric software, the pavilion consisted of 20 wooden trusses that spiral towards a central point that seeks the sky. Starting at the ground, the triangular trusses spanned distances great enough to create a series of spiraling paths towards the center of the structure, where a massive 3D printed mandala was displayed.

Inspired by the Torii gates of Fushimi Inari Shrine in Japan, the temple was chosen for its elegant simplicity. Its design consists of wooden arches that form a linear passageway to a large central hall. The project was conceived to provoke both a “physical experience and a metaphorical journey”; a structure that encourages visitors to move around the space.

Steam of Life / Sauna on Fire and JKMM Architects

Steam of Life, a circular wooden pavilion, revisits the sauna experience. The project was created by JKMM Architects, a group of architects and designers based in Helsinki, Finland, together with the collective Sauna on Fire, an international platform based in the same city, dedicated to participatory culture and civic engagement. The installation is an interpretation of the essence of the Finns in a wooden pavilion.

Fragments is an interactive artwork created by Marc Ippon de Ronda and ATO Designs Studio. The project illustrates a mythical tale of the desert and plays with the illusion of ever-changing appearances and perception. During the day, visitors see their reflections transform into the fragmented mirrors as they move, while at sunrise and sunset the installation becomes a meditation space bathed in golden sun.

The installation consists of a metal structure that suspends 500 LED lamps hanging at different lengths to form a wave.